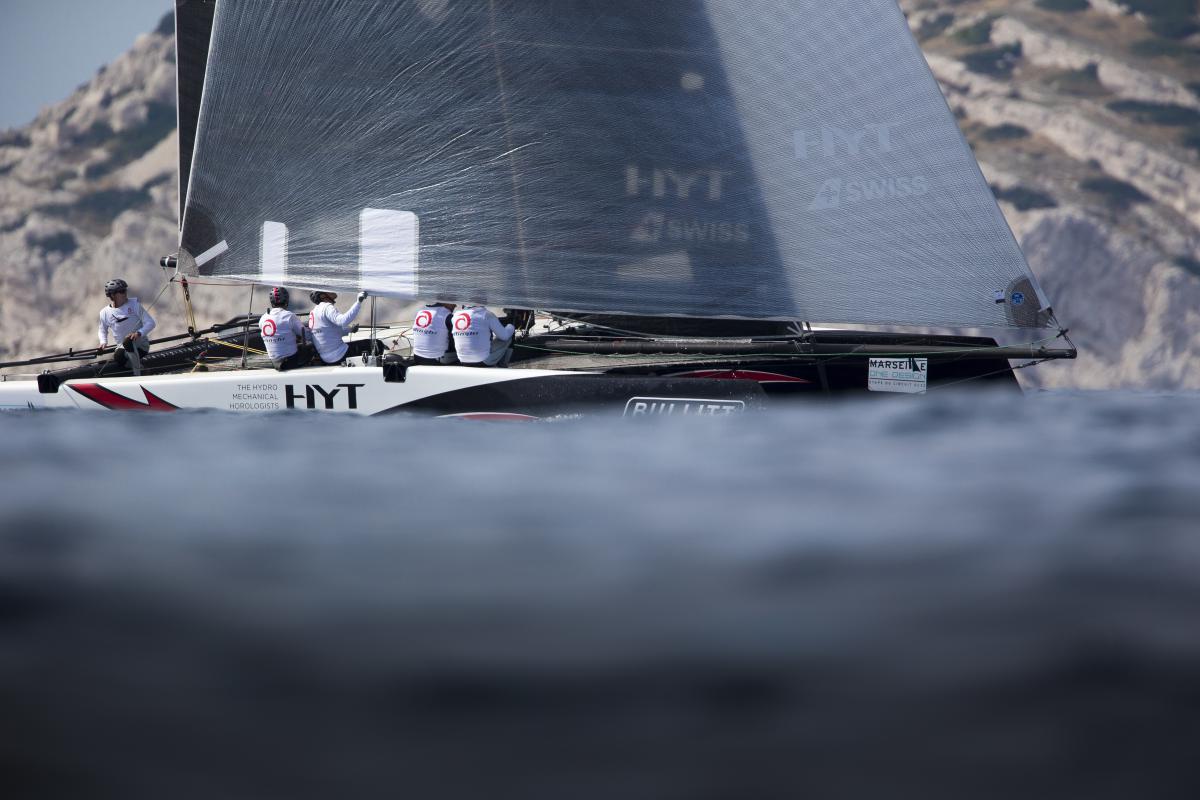 At the end of Day 2 – and therefore halfway through the competition – Alinghi remain at the top of the leaderboard in Marseille for the GC32 Bullitt Racing Tour. It was going to have to be some performance were the team to replicate yesterday’s storming performance, but they came very close to doing so, winning two races out of five.

Things got off to a good start, with the team winning the first race ahead of Spindrift. This was followed by three races that saw Alinghi finish second, third and fourth respectively, before they got back to winning ways in the final race of the day. After a perfect start, Morgan Larson and the team did not look back, leading the field for the entirety of the race.

Today’s performance means that Alinghi now lead their closest rival by seven points. However, with two more days of racing to go, the contest remains very much open.

Last but not least, Alinghi send their good wishes to Armin Strom, who were very unlucky to damage their rudder having hit something in the water in Race 4. Hope to see them back on the water tomorrow!