Ernesto Bertarelli’s aim was to make the Cup more attractive to sponsors, better value for teams and to create a show that could be appreciated not only by sailing’s die-hard fans, but also a new public. With this in mind, he separated the team from the event management, allowing Alinghi to focus uniquely on designing, building and sailing the fastest boats possible.

At what might at first have seemed like a disadvantage for Alinghi turned out to be a huge benefit for the Cup: Switzerland’s lack of coastline. With no obligations to hold the event on waters surrounding their home yacht club or country, Alinghi was free to choose a venue that would best serve the interests of the Cup. After a bidding process, Valencia, Spain was finally chosen for its wind conditions and infrastructure. Work immediately started on transforming the port into a world class venue with 12 team bases, the iconic Veles e Vents pavilion designed by British architect David Chipperfield, and an attraction-filled park for visitors.

Traditionally, teams had not often sailed against each other in the long periods between Cups, and one of the first changes was the introduction of official pre-regattas. Events were held in Marseille, Valencia, Malmo and Trapani, bringing the teams together for 13 ‘Acts’ in the build up to the Louis Vuitton Cup (Challenger Selection Series) and the America’s Cup Match itself in 2007. With 5.6 million visitors, the Acts were clearly a real hit with the fans as well as the teams. The design rule for the 24m class was also tightened, meaning closer racing and more excitement for the teams and the spectators.

In April 2007, the Challengers lined up for the start of the Louis Vuitton Trophy, leaving the Defender alone and potentially vulnerable. In 2003, the Challenger Selection Series had been Alinghi’s biggest weapon against Team New Zealand and with the shoe now on the other foot, Alinghi needed to maintain her competitive edge. The solution was to race in-house, in conditions as near as possible to the real thing. With this in mind, the team politic had always been to develop two full sailing teams and two competitive boats to constantly push the performance forward. The team relocated to Dubai for the winter months to take advantage of the wind conditions before returning to the waters off Valencia in early spring 2007. SUI 91 and SUI 100 could be seen daily off Valencia as the two Alinghi teams battled it out not far from where the Challengers were going head to head in the Louis Vuitton Cup.

Racing for the Louis Vuitton Cup was tighter than ever, with new teams such as the Spanish ‘Desafío Español’ showing good form. In the end it was Emirates Team New Zealand who came through on top and on the 23rd June 2007 Team New Zealand and Alinghi lined up for the start of the 32nd America’s Cup.

This time, the racing was not going to be the whitewash it had been in 2003. The Kiwis had learnt from past mistakes; their teamwork was polished and their boat, NZL 92, fast. From the start, the racing in the best-of-nine series was nail-biting with action filled pre-starts, position changes and close finishes; it was clear that both boats SUI 100 and NZL 92 were similar in performance and the teams had to use everything available to them to eke out a lead. Tactics were key, correct weather data indispensable and the slightest slip up in the crew work or gear failure made the difference between a win and a loss.

After 3 races, Alinghi found themselves in a situation they had never faced before as Team New Zealand led 2-1. This moment was key, but the strength of the crew showed through as Alinghi brought the score even, winning Match 4. Wins for Alinghi followed in races 5 and 6 bringing the team to match point. The final Match of the 32nd America’s Cup will undoubtedly go down in history as the closest ever. With the Kiwis forced to carry out a penalty turn just before the finish line, Alinghi edged in front to take the Match and the America’s Cup by only one second! 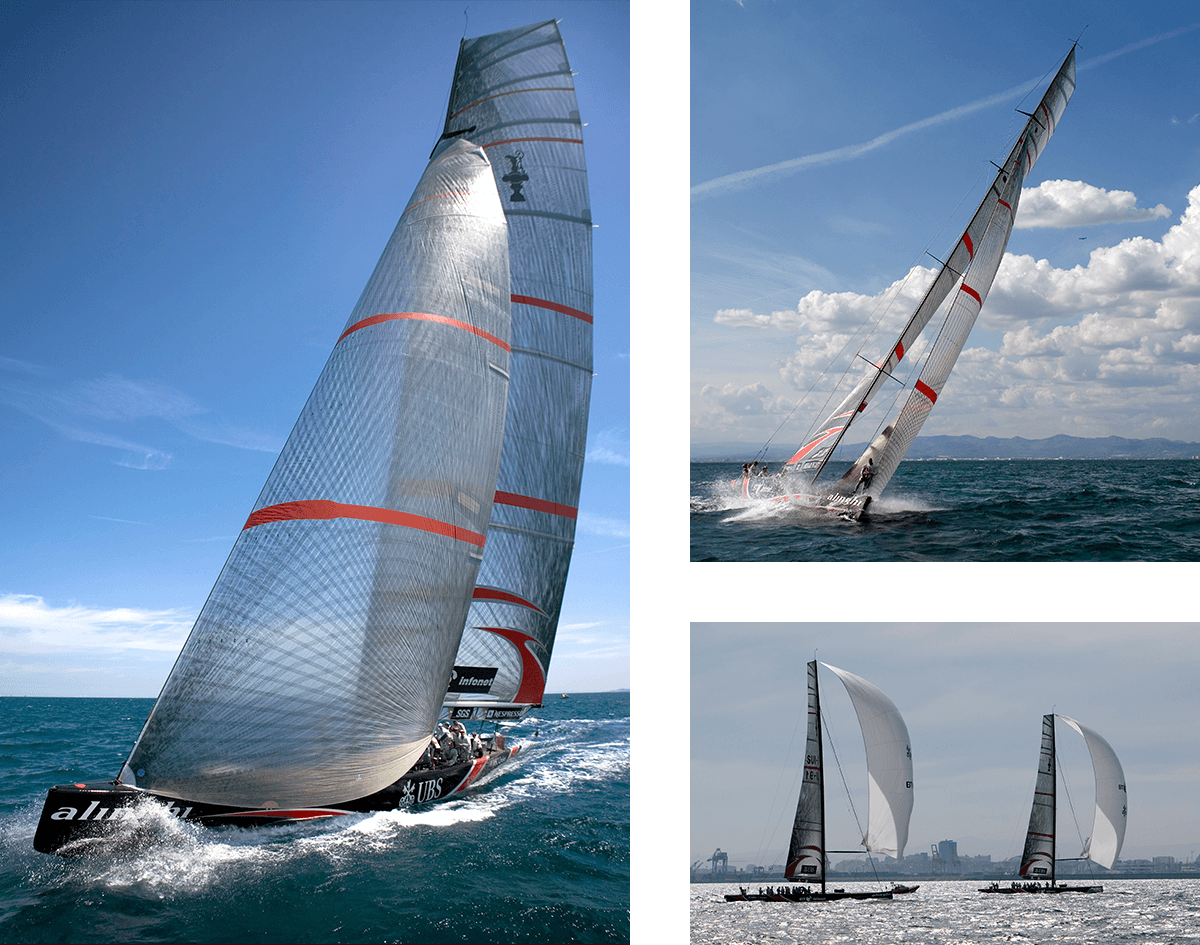 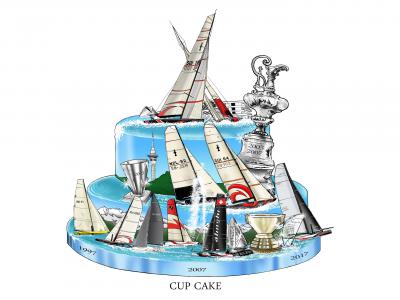 To mark the tenth anniversary of Alinghi’s second America’s Cup victory in Valencia in 2007, we’ve put together this video showing some of the many things the team has been doing together on the water since. Thanks to all the fans for your support, which lifted the team. Here’s to many more triumphs together! #GoAlinghiGo ! [VIDEO::http://www.youtube.com/watch?v=USIfOnBPefE::news]