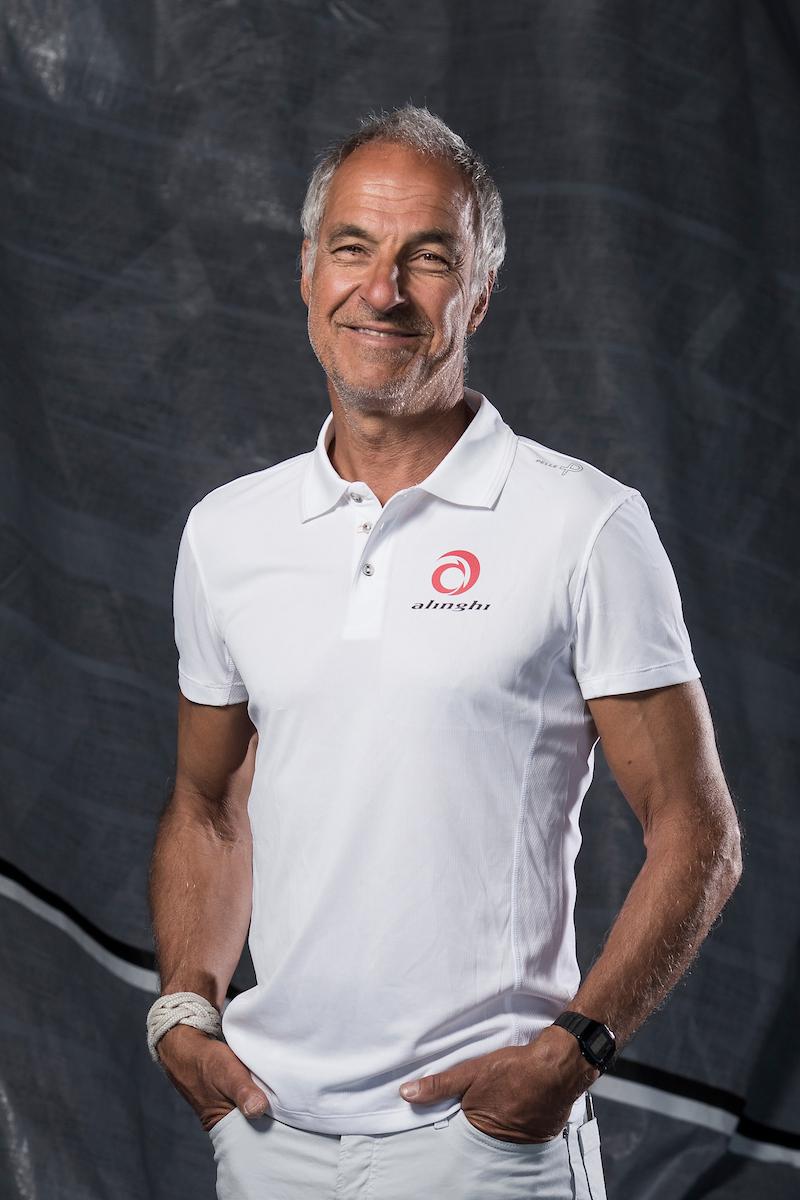 An unrivalled rigger, never short of ideas, incapable of saying ‘no’ and always wearing a smile. Could garlic, which João truly loves (no, really…), be a key to his success and to his outlook?  It’s a side to him that will raise a smile for those that know him, but perhaps the little allium does actually play a positive role in the way that he believes it does!

From an early age aboard his father’s boat, João learned the art of navigation and sailing. He made his debut in dinghy racing with his brother, then keelboats, before windsurfing as part of the D’Orelhas Sailing Team.

With deck officer training in the Merchant Navy completed, our favourite Portuguese then spent eight years moving between tankers and tugs, deepening his knowledge of the sea, the oceans, weather, naval architecture, fluid mechanics, material strength and, above, all teamwork.

In 1989 the appeal of regattas took over and so João was decommissioned, going on to crew in three round the world races, several crossings of the Atlantic and a multitude of other offshore races as a professional sailor.

It was in 1999 with the project of the Maxi One-Design circuit and on the large monohull, AlinghiMax, that João made his debut with Alinghi, staying with the team ever since. As the team’s rigger he was involved in the construction and development of Alinghi “Black” (the 41 ft-long catamarans), the Corel 45 in 2000, and the three America’s Cup campaigns of 2003, 2007 and 2010.

With his colleague, David, João accompanies the team to every stage of the GC32 and the D35 Trophy, providing them with his unrivalled know-how.

In 2022, he joined the ranks of the new team, Alinghi Red Bull Racing, for his fourth America's Cup campaign as part of the 37th edition (Barcelona, ​​autumn 2024).