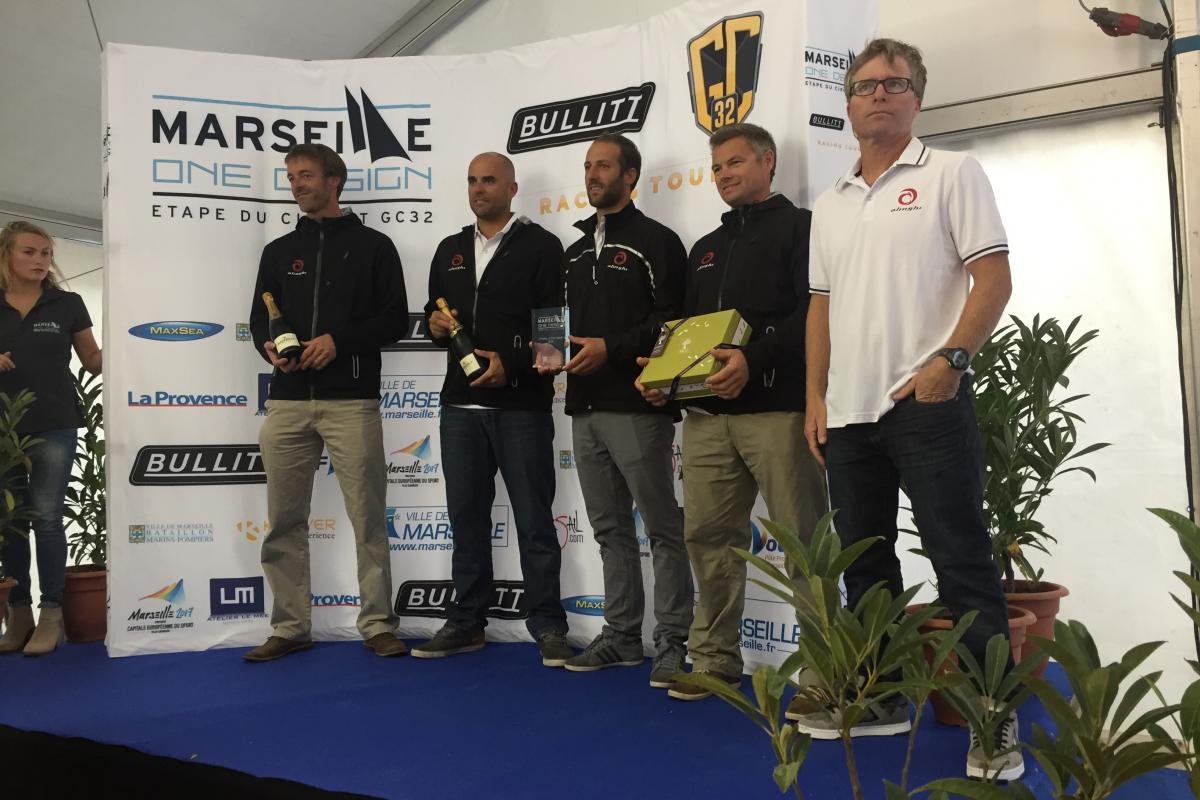 Having had to contend with light winds yesterday, the contrast could not have been greater on Day 4 of the GC32 Bullitt Tour in Marseille. The winds were brutal, with gusts of 34 knots at least - and often more. That meant that the Race Committee had no choice but to announce that racing could not take place.

Their inevitable decision meant that Alinghi win the final event of the season in the GC32 Tour, a fantastic achievement and one that owes much to the team's stellar performances on days one and two. Oman's third-place finish in the regatta meant that they have secured the 2015 GC32 Championship, pipping Alinghi, who finish in second. Everybody at Alinghi would like to send Oman their congratulations on the title. Worthy adversaries indeed!

Speaking after the event had concluded, Morgan Larson said: “It’s a pity we didn’t get any racing today but it's been a fantastic season. A while back I thought foiling was a bit of a fad, but clearly it’s here to stay. It’s awesome, we’re learning more every day, and it’s been a great season for the GC32 class.”