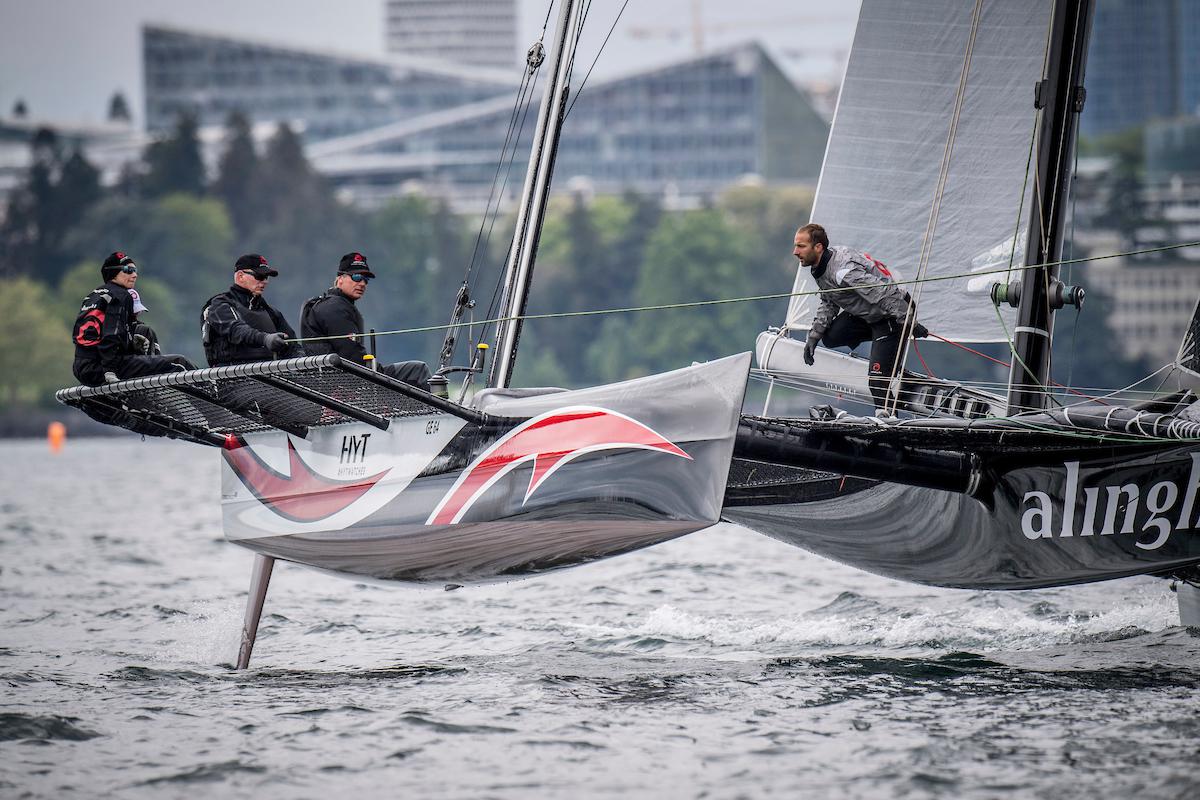 What: 2017 D35 Trophy, which is sailed exclusively on Switzerland's Lake Geneva. The championship comprises eight events, including six Grand Prix and two Lake classics (the Genève-Rolle-Genève and the Bol d'Or Mirabaud)
Who: Eight teams, with five to seven crew members (total weight limit of 470kg, except for the Genève-Rolle-Genève and the Bol d'Or)
Where: Lac Léman
When: From May to September (click hereto view the calendar)
How: Teams compete in races around buoys, lasting about half an hour each, using 35ft catamarans, the Décision 35, commonly known as the D35.

Follow the action
You can keep-up with the racing, with up to six races per day:

On Facebook@teamalinghi and Instagram@alinghi
> Interviews, videos and photos throughout the regatta

*Temporary changes to the crew
- For the first two GPs of the D35 season, Nils Frei (foot injury) was replaced by Arnaud Psarofaghis as frontsail trimmer, with Pierre-Yves Jorand stepping in as mainsail trimmer
- For the Genève-Rolle-Genève (raced exceptionally, like the Bol d'Or but unlike the rest of the D35 championship, without constraints on total crew weight), Arnaud Psarofaghis was the team’s floater and Pierre-Yves Jorand the mainsail trimmer
- For the Bol d’Or (also raced without any constraints on total crew weight), Arnaud Psarofaghis came in for Ernesto Bertarelli as helm, while João Cabeçadas reinforced the crew as its seventh member as it was this year very windy