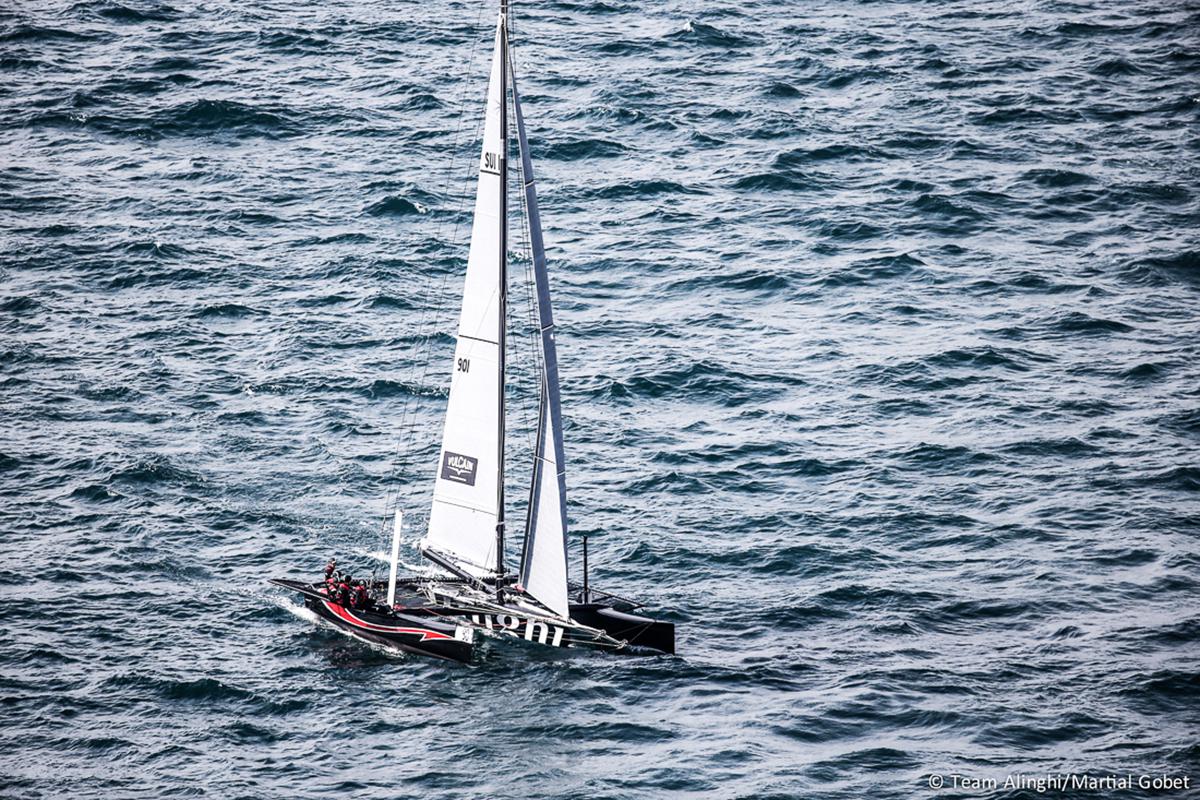 Next Saturday (the 13th), Alinghi will be lining up its Décision 35 SUI-1 Alinghi for the start of the 77th Bol d’Or Mirabaud, organised by Société Nautique de Genève and known as the largest race in closed waters, with more than 500 boats and 2,500 crew participating.

Alinghi is one of the Bol d’Or’s most successful ever teams, having won the trophy in 1997, 2000, 2001, 2002, 2003 and 2011. That record makes Ernesto Bertarelli and Pierre-Yves Jorand members of a very select club of people who have won this prestigious trophy six times since the first edition in 1939.

On Saturday, you can follow the regatta live at these links:

For news and live footage of the race: http://news.boldormirabaud.ch/

For maps and live positioning of the boats: http://www.suiviregate.ch/mapapps.html?reg_id=BOM15

But before the start gun is shot at 10:00am next Saturday June 13th, 2015 enjoy this great movie made by Pedro Das Neves about last year’s 76th Bol d’Or.