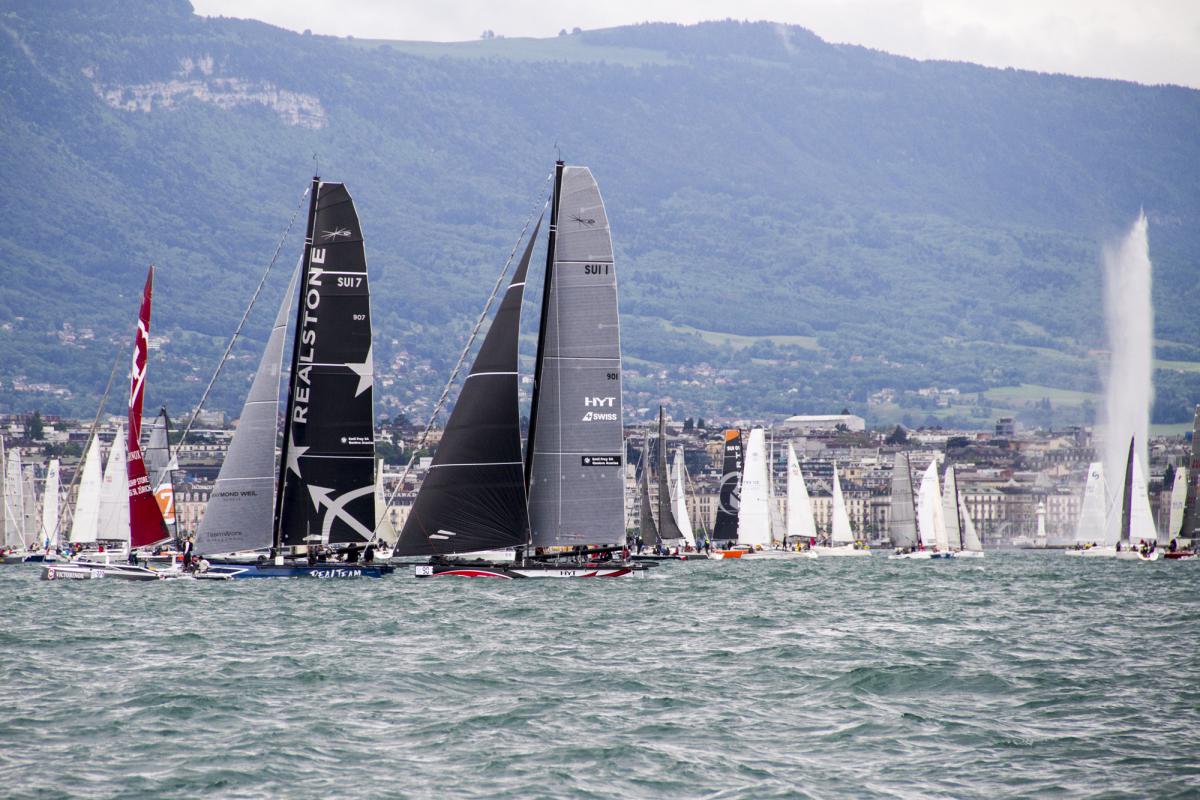 A seventh win in this iconic race proved elusive for Alinghi, who were overtaken by Ladycat on the home leg. The team had taken the lead of the race as the fleet reached Evian and, after over four hours of racing, it rounded the turning mark at Le Bouveret in first place, with the eventual winners three minutes behind. Downwind from there things looked good but, as we approached the transition the wind decreased, enabling Ladycat to make up the difference. A series of jibes kept it close until, after a faked one, the eventual winners crossed us. With both teams close, Ladycat hit the headwind and, from Yvoire, led. It was a position that they'd keep until the finish line which was crossed in just over eight and half hours from the starting gun. Alinghi were just four minutes behind.

Congratulations to the winners and onto the next one.