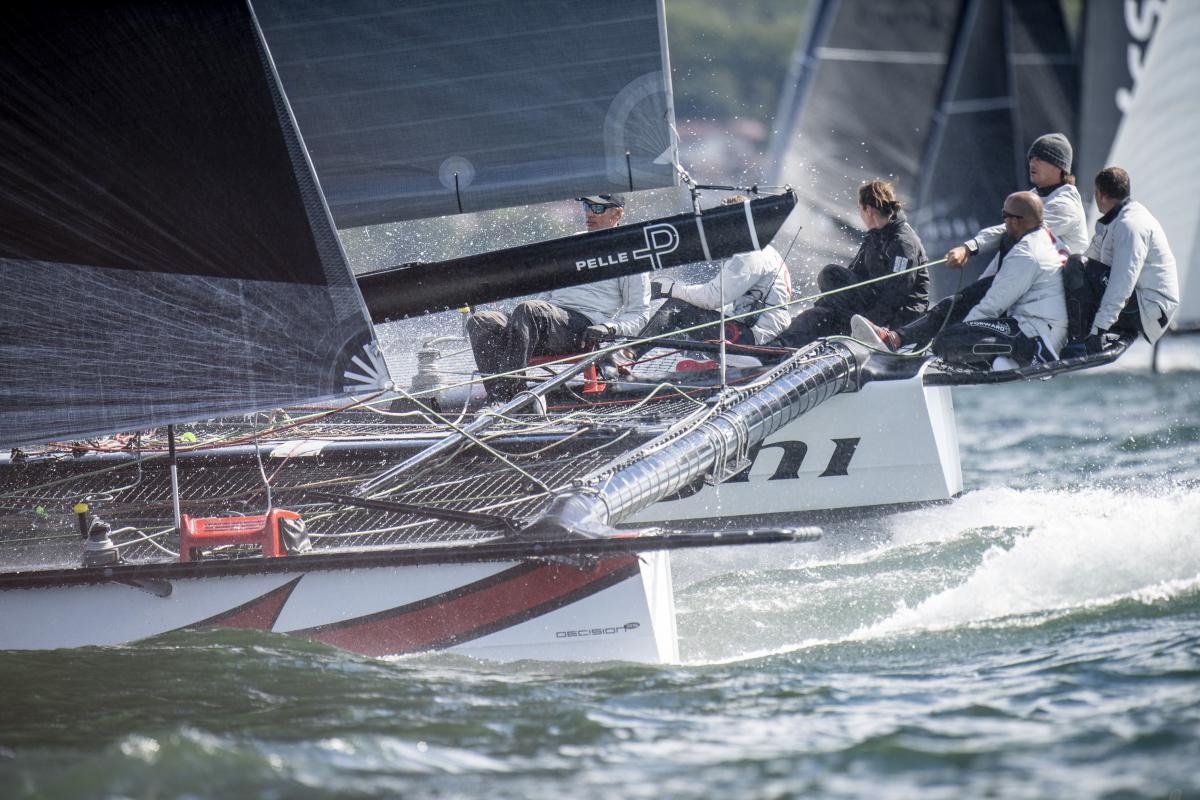 What: 16th and final championship for the one-design Décision 35 (D35) multihulls before the launch of the TF35 Championship in 2020. The 2019 D35 Trophy 2019 is comprised of seven events, including five Grand Prix and two Lake Leman (Lake Geneva...) classics: the Genève-Rolle-Genève and the Bol d'Or Mirabaud). For more information, click here.
Who: Seven teams composed of between five and seven sailors(there is a team weight limit of 480kg, except for the Genève-Rolle-Genève and the Bol d'Or Mirabaud). Holder of the title, Alinghi is aiming for an eighth trophy to add to its collection.
Where: Lake Geneva (Lac Léman), Switzerland
When: From May to September (find the calendar here)
How: For the Grand Prix, the team compete in successive races that each last about half an hour and which are sailed around a course marked by buoys. For the two Lémanique classics, the teams sail a route along the lake's shore, rounding a buoy at – in the respective races – Rolle and Le Bouveret, before heading back to Geneva for the finish.

Follow the action
You can keep-up with the racing, with up to six races per day in the Grand Prix by:

The team's website
> News and a selection of photos

To find out more
d35trophy.com